In many discussions about Nix, the comparison of Nix and Docker comes up frequently. This question could be dismissed by saying that Nix and Docker are different tools that solve different problems. One is a toolkit for building and deploying containers and the other is a package and configuration manager. However, these tools do have some overlap: they can both be used to create reproducible environments. A reproducible environment is one that can be recreated from scratch in an identical way (ideally bit-for-bit). Practically, this means having the same tools, versions, and configuration between the environments.

Reproducible environments are useful to ensure all developers on a project have the exact same set of tools. Additionally, you can develop in an environment that is similar to the production environment -- leading to less surprises when deploying.

Both tools can solve the age-old problem of "it works on my machine". 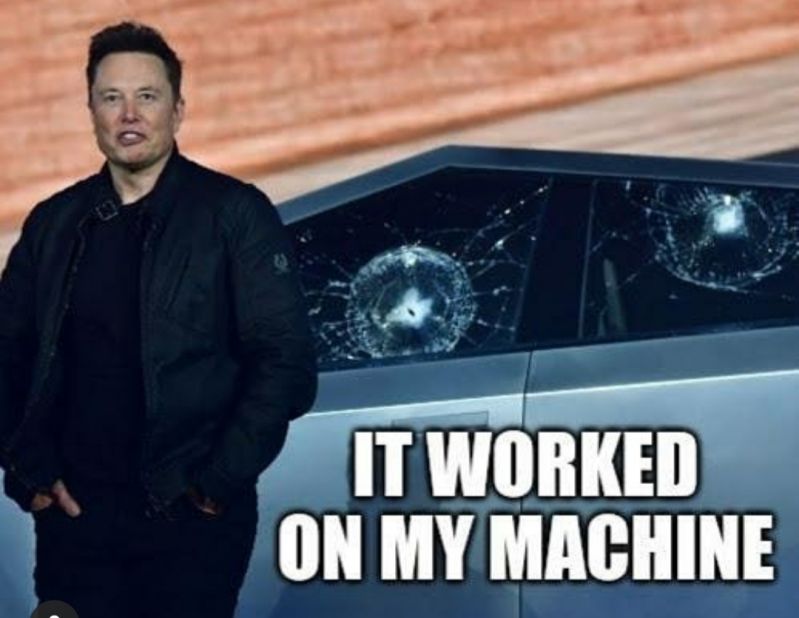 While both tools aim to solve this problem, they take different approaches.

Docker provides tools for creating container images. An image stores the contents and configuration for a container. This is usually the filesystem, some environment variables, and a run command.

From an image, you can create new containers that will be functionally equivalent, even across different machines.

You can distribute images to other developers to give them identical environments or you can use them to ship your service to production.

Docker images can be created by a Dockerfile. This file tells docker the commands to run to build an image. This can include copying files from the host system or installing packages using a package manager like apt or apk.

Docker will create a new container that is used to build the image. A new filesystem layer will be created for each command in the Dockerfile before the command is executed. Docker utilizes union filesystems, which allows stacking multiple filesystems or directories to appear as a single filesystem.

Since each command has its own layer, Docker can detect which layers are still valid and which ones need rebuilt after changes are made to your project. Properly ordering commands will result in much faster docker image rebuilds.

Once an image is built, it can be named, tagged, and uploaded to an image registry so it can easily be shared with others.

While an image allows for reproducible Docker containers, Docker doesn't have any guarantees that creating images is reproducible -- If you run docker build twice with the same Dockerfile you might get 2 images that behave in different ways. For example, a third-party package could silently be updated and cause breakage. Aggressively pinning dependency versions helps, but doesn't completely prevent this issue.

Another thing worth noticing is that Docker only allows for composing images by inheriting from a single layer. You can specify the base image for a new image in the Dockerfile, but you can't take 2 images and combine them. If you want a container with node and rustc, you can't combine the node and rust images. You would have to start with the node image and install rustc manually in the Dockerfile or vice versa.

Nix takes a first-principles approach to reproducible builds and package management. Nix provides a whole build system that allows for building packages in an isolated way.

To build any package, you need to:

This process is repeated for every package and Nix goes to great lengths to ensure each environment that packages are built in are reproducible. Nix will limit network access, filesystem access, and sometimes even run in a sandboxed container during building to prevent any sort of external influence during package building.

Packages can depend on other packages which creates a large dependency graph that Nix will traverse and build packages on the way.

It just so happens that you can create new reproducible environments by adding a new node to this graph. Then you can use Nix to do part 1 of package building: constructing the environment.

In development, you may not want or need Nix to do step 2. Instead you can have Nix drop you into a bash shell where you can run the build commands yourself.

Nix comes with a tool called nix-shell which will do exactly this for you. Add a shell.nix file to the root of your project and nix-shell will pop you into an environment with all the specified input packages available.

Since Nix provides strong guarantees about reproducibllity, sharing this shell.nix is all that's needed1 to give developers functionally equivalent development environments.

Unlike Docker, Nix is a full-blown package manager. This makes it trivial to compose environments. Taking the example above from Docker, if we want node and rust in the same environment, just tell Nix that they are both build inputs:

Which Should You Use?

Before considering this question, we should go back to the beginning: Docker and Nix are completely different tools.

Whereas Nix is primarily designed for building packages & environments in a reproducible way.

If reproducible development environments are all you are after, Nix will serve you well.

If you're looking for a way to build, package, and deploy your own service. Docker will provide much more rich tooling. After all, containers are the de-facto way that web services are deployed these days.

Even so, docker image building leaves a lot to be desired. Luckily, I have an ace up my sleeve: Nix can be used to build Docker images.

Maybe we can have the best of both worlds:

If you've been following along, we're currently transitioning from providing development tools from a massive Docker image, Polygott, to providing packages via Nix. Checkout what users are building with Nix on Replit Apps.

We've found that Nix has solved some pain we were experiencing with Docker images:

Using Nix, we now give users the power to install the tools they need rather than static set of predefined tools. At the same time it addresses the problems above and reduces our internal maintenance burden. Win-win!

While we are jumping on the Nix train, we aren't dumping Docker containers. We still need containers to provide each repl with an isolated environment.

Will Nix overtake Docker? No, these tools accomplish different goals, however they can be used in combination to provide the best of both worlds: reproducible builds and containerized deployments.

Are you interested in working with Nix or are you fascinated by large-scale container orchestration? Come work with us!

1 All packages in Nix aren't 100% reproducible, but work is being done to improve this. Additionally, each machine may have its own version of nixpkgs. For maximum reproduciblility, nixpkgs should be pinned. This will happen by default with Nix flakes