Rejected Then Recruited: Our Journey into Y Combinator

"The intoxicating delight of sudden understanding"1 best describes what I felt the first time I derived the Y Combinator (guided by the Little Schemer book). Learning Lisp (by way of Scheme) is how I first came about Paul Graham's essays. Which was, of course, a gateway drug to startups.

Since then, Y Combinator (the company) has touched my life in so many ways. Jessica Livingston's book Founders at Work demystified startups and humanized founders for me -- suddenly starting a Silicon Valley startup seemed more approachable. My first job at a startup in the U.S was at Codecademy, a YC company, where I joined right after they graduated the summer 2011 program. And Hacker News has been daily reading for me for years; it's where I get exposed to new ideas and technologies and where I get feedback and exposure on my projects.

Naturally, when I was thinking about taking the leap to start a startup, YC was top of mind. So I applied to open office hours to get feedback and see if our idea was something they'd back. Unfortunately, that particular meeting didn't go very well. The YC partner I met had the feedback that an online REPL is not really a startup -- it's just a fun toy -- and that instead, I should join another company building a superficially similar technology. But I've been waiting for someone to start this startup for years -- a website where people can not only learn how to code but can also build, collaborate with others, and ship software. In 2016 nobody seemed to be coming close to creating this.

Unfazed, my cofounder Haya, who's a designer and also my wife, and I decided to quit our jobs and pursue the startup. We allocated $20k to help get it off the ground while we find a revenue model or until we raise money. We worked out of our home in Foster City and was able to monetize the service early-on by selling our code evaluation infrastructure as an API. However, the free service was always growing faster than our revenue, and it didn't seem like we were going to break even on this business model.

I didn't think we would be able to raise money. In early 2016, some of my founder friends were struggling to raise capital, and I thought we'd fare no better since our startup is at the intersection of two industries -- devtools and edtech -- that have comparatively yielded minimal returns to VCs. Fortunately, someone took a chance on us. Roy Bahat, who heads up Bloomberg Beta, and whom I've met during my time at Codecademy decided to back us. With their stamp of approval, we were able to raise a comfortable seed round (or what's now probably called a pre-seed round). Around the same time, we got our first YC application rejection.

Our vision is to make computing more accessible. The world is increasingly driven by software yet command of it lays in the hands of a few. Increasing access is a moral, economic, and political imperative. To get there, however, we need to fund the business somehow. We can't keep relying on outside investment. In PG's words: we focused on being "default alive." So we started building our next commercial product, a tool for computer science teachers to manage their classrooms.

It's no joke that the education market in the U.S is tough to crack. It took us months to figure out how the school sales process works with all its purchase-orders, lost-in-the-mail checks, and poor teachers paying out-of-pocket to avoid the bureaucracy. Finally, we started selling fall of 2017, and we were on our way to making $150k in annualized revenue in our first few months of sales. It was an encouraging start, but it was also evident that it wasn't a scalable revenue model. At least not one we can grow on at an acceptable rate. Meanwhile, the core product, the REPL, was growing faster than ever.

By that time we had seen three YC application rejections in total. We were never even invited to do an interview. You can see my surprise when, out of the blue, I got a Twitter DM from Sam Altman asking for a meeting. I jumped at the opportunity and went to meet Sam at his office at OpenAI. We talked about Repl.it and our ambitions and it struck me how deeply he understood what we're trying to achieve. It was at a level where I wouldn't expect someone outside the company to follow. Finally, he said that it was PG who found us on Hacker News and that I should talk to him. But PG was now retired and living abroad so we'll have to do it over email.

That kicked-off a two-months-long email relationship with PG. I came to it with high expectations and wasn't let down. We connected over the increasing complexity of starting to program today and how making it easy to start coding had a disproportionate pay-off. How computing infrastructure for outsiders was "a hole in the universe." And how a REPL is still one of the best tools we have to practice coding. At the time, we weren't sure whether doing YC was worth it anymore, after all, we've been able to raise funds and were doing relatively well. However, PG's advice that we should focus on our core product and user base and how it's more immediately commercializable than we thought, not only made sense but has proven prescient since.

By the time we decided that it was a good idea for us to apply to YC again it was passed the due date. We emailed Sam but, since it was the holidays (late December 2017), we didn't hear back until the night before YC W18 started. He told us to submit a late application, even if we didn't have time to answer all the questions, and that the interview would be in the following morning -- the same day the program begins. So for the fourth time and hopefully the last, I quickly filled out the darn thing and submitted it.

The next morning, Haya and I took an Uber to YC Mountain View and waited outside the office where the interview happens for a nerve-wracking three hours. We were unprepared and had only heard rumors about what goes on behind those closed doors. 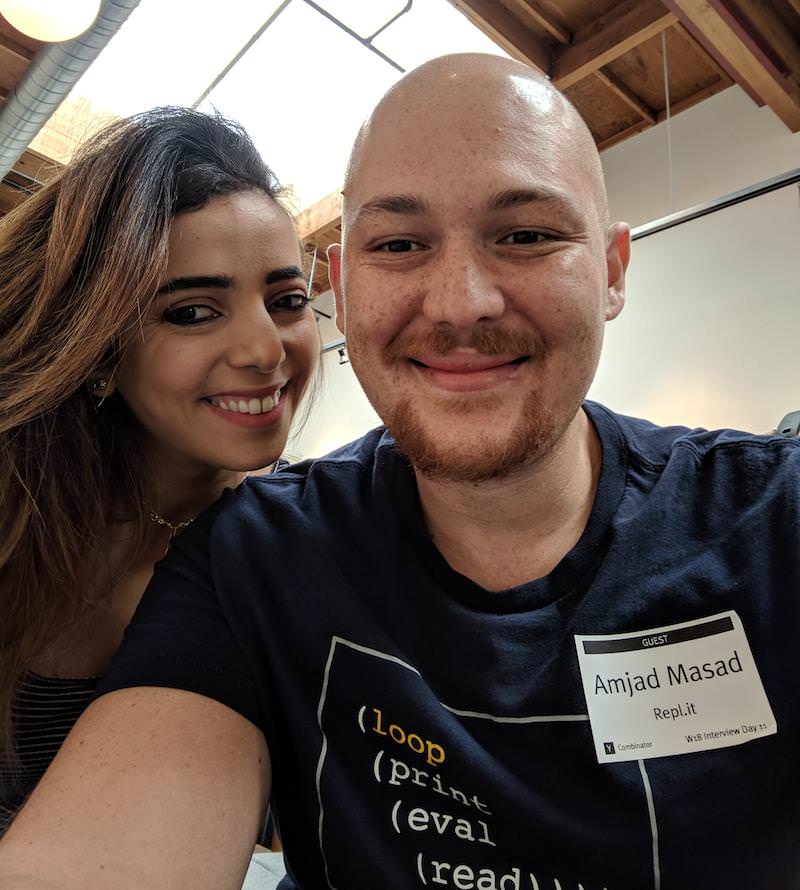 When they finally called our name, and as we started walking into the room were the partners sat across the table, I felt a tension in the air that was palpable. We greet, and just before my behind touched the seat Micheal Seibel said: "I just want to know, why did you Rick Roll us?" I had completely forgotten that the night before, for the video question of the application, I had pasted Rick Astley's famous "Never Gonna Give You Up" clip from YouTube. Why did I do that? With so little time to prepare, I didn't know what to put into the required video field. So Haya and I decided to go with some cheesy humor. I tried to explain this much, but the look on Michael's face said that he didn't buy it. So here I am, the asshole who got the chance of a lifetime and decided to blow it for a stupid joke. I felt like I gave the impression of that of an entitled "tech bro," something that couldn't be further from what I aspire to be in the world. Especially given that I came from such humble beginnings.

So, with very little time to explain my actions or reflect on my bad decisions, they started showering us with questions. They asked us about what makes our idea so different from previous devtools and how we're going to escape their fate. How we're going to monetize. And whether it's reasonable to expect that some people would want to code in the browser. At one point we were juggling two different questions from two partners across the room at the same time. Luckily we didn't choke, but their's were questions we were struggling with ourselves. The best we could do is show our thought process, our passion, and our determination.

We left the meeting thinking we screwed up on account of insulting the partners and not having the right answers for them in the interview. We walked out, ordered an Uber, and were waiting to go back to SF. Then suddenly we get a phone call from Adora Cheung, one of the partners in the room and she says that we were accepted into YC! I asked her to repeat what she said multiple times because I couldn't believe my ears. After it settled-in that we've made it, we walked back in to attend the kick-off dinner. 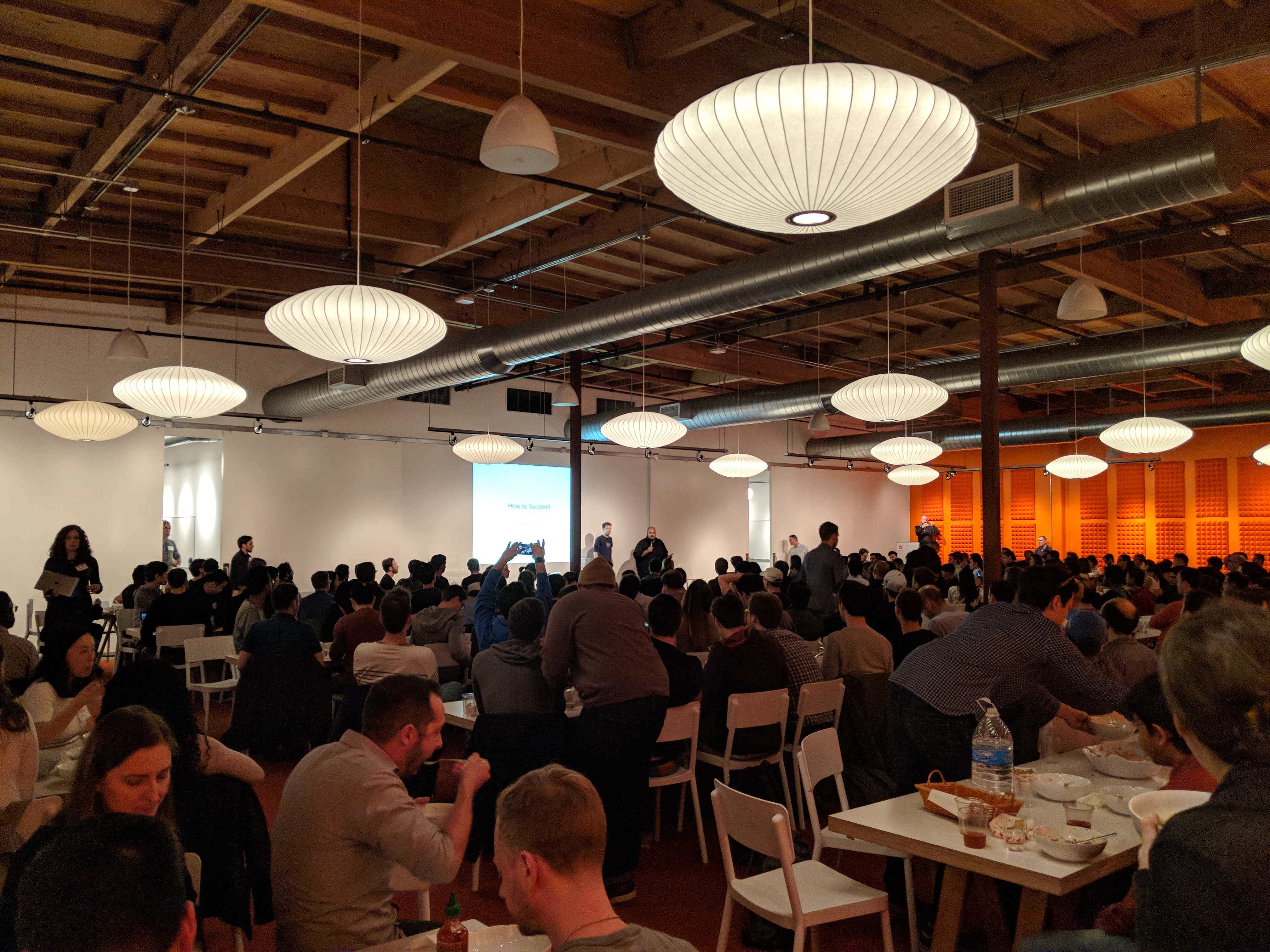 Months later, after demo-day, Michael told us that they were going to reject us for sure, but they were dissuaded by how exceptionally well we did during the interview. He said that ours is now a "YC Story."

Next post I'll talk about our experience during the program itself and our experience fundraising. Stay tuned by can signing up for an account, or follow me, Haya, or @replit on twitter to hear about the rest of our story.

1. Bertrand Russel's words on understanding mathematics from A History of Western Philosophy (1945)↩