It was a dark room with mystique and seriousness that accompanied the feverous whispers. Seven people stood in the room, held down only by the weight of responsibility they carried with them. One by one they were handed a link to a website- what they would find they did not know. And one by one the links were opened. Colors and music filled the empty air. Excitement gleamed in each of their eyes, their fingers danced across the keyboard, their mouse moved sporadically as though if it stayed still for too long they would surely meet their doom. And yet after another moment, the link was closed, and the display subsided. Each individual scribbled something down, and the cycle repeated four hundred times. After days of deliberation, the people consulted each other and wrote one final list. The list was placed in a red envelope, stamped with a wax seal of the Replit logo. The doors to the darkroom opened, and the individuals left. Leaving the letter behind. Today we will enter that room and open the red envelope, to announce the winners of the 2021 Kajam Game Jam!

Starting October 18th, the Kajam game jam began. On October 25th, Kajam ended. During that time, people rushed to create a game relating to the theme "HUGE". People could interpret that however, they wanted- and we certainly had a lot of unique interpretations. Our seven judges voted on the submissions for each of the seven awards that we had. Most Creative, Best Story, Most Polished, Most Hilarious, Most Theme-fitting, Best Kaboom Game, and of course the grand prize Most Fun. All the categories were worth $1,000, except for the grand prize. The grand prize was worth a whopping $10,000 U.S. dollars.

Now that I've set the scene...here are the winners!

Most Creative - Curse of the Ego King by vishal1999tk 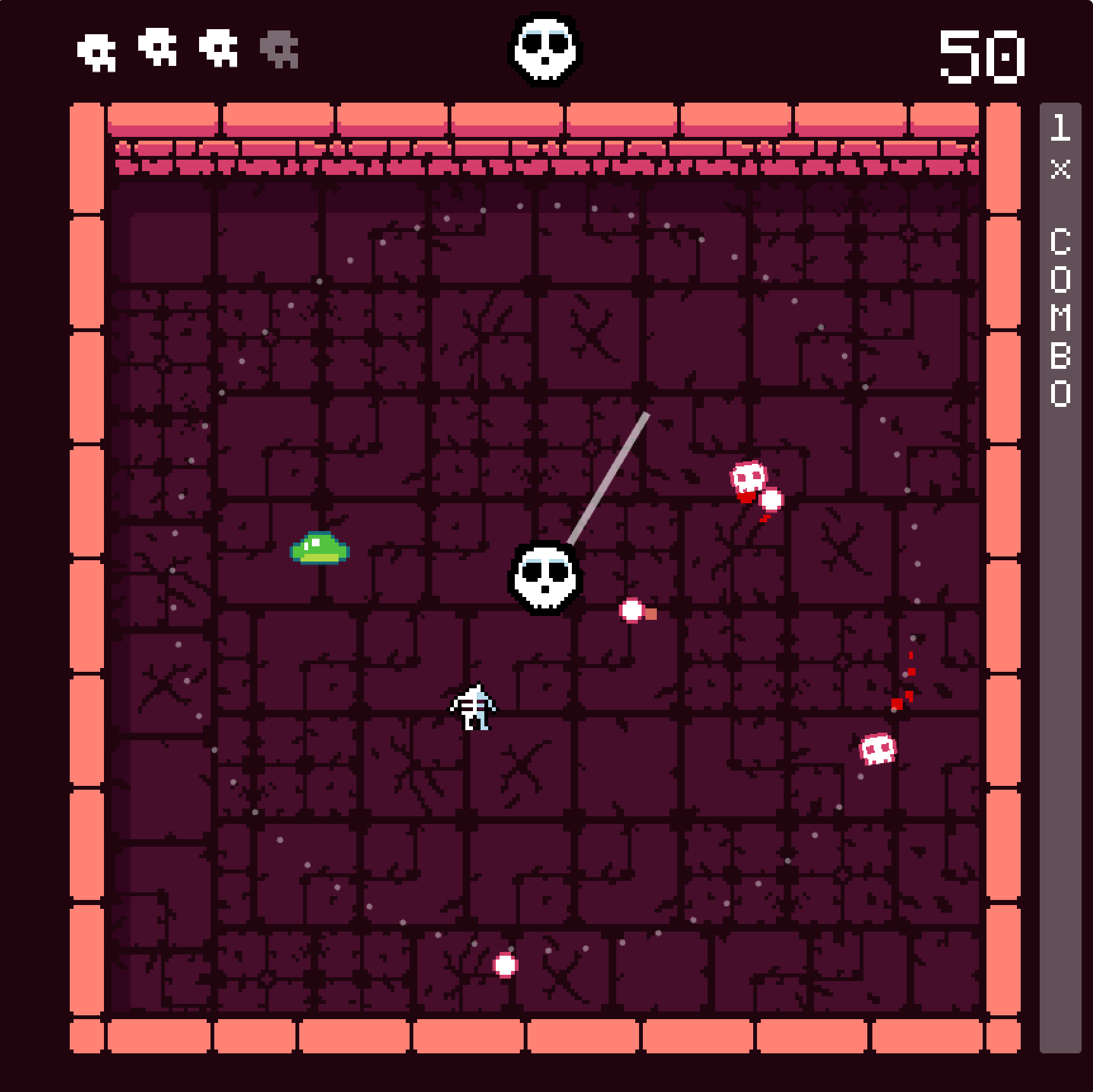 In the underworld, your detached HUGE head is your weapon, kick it around to deal with your enemies! Those who have played The Binding of Isaac will find the art and top-down style familiar, but the gameplay is truly unique.

Our judge Ania commented: “A great use of Kaboom.js features such as the camera shake. Not only is the concept unique, but the attention to detail is really the icing on top of the cake.” 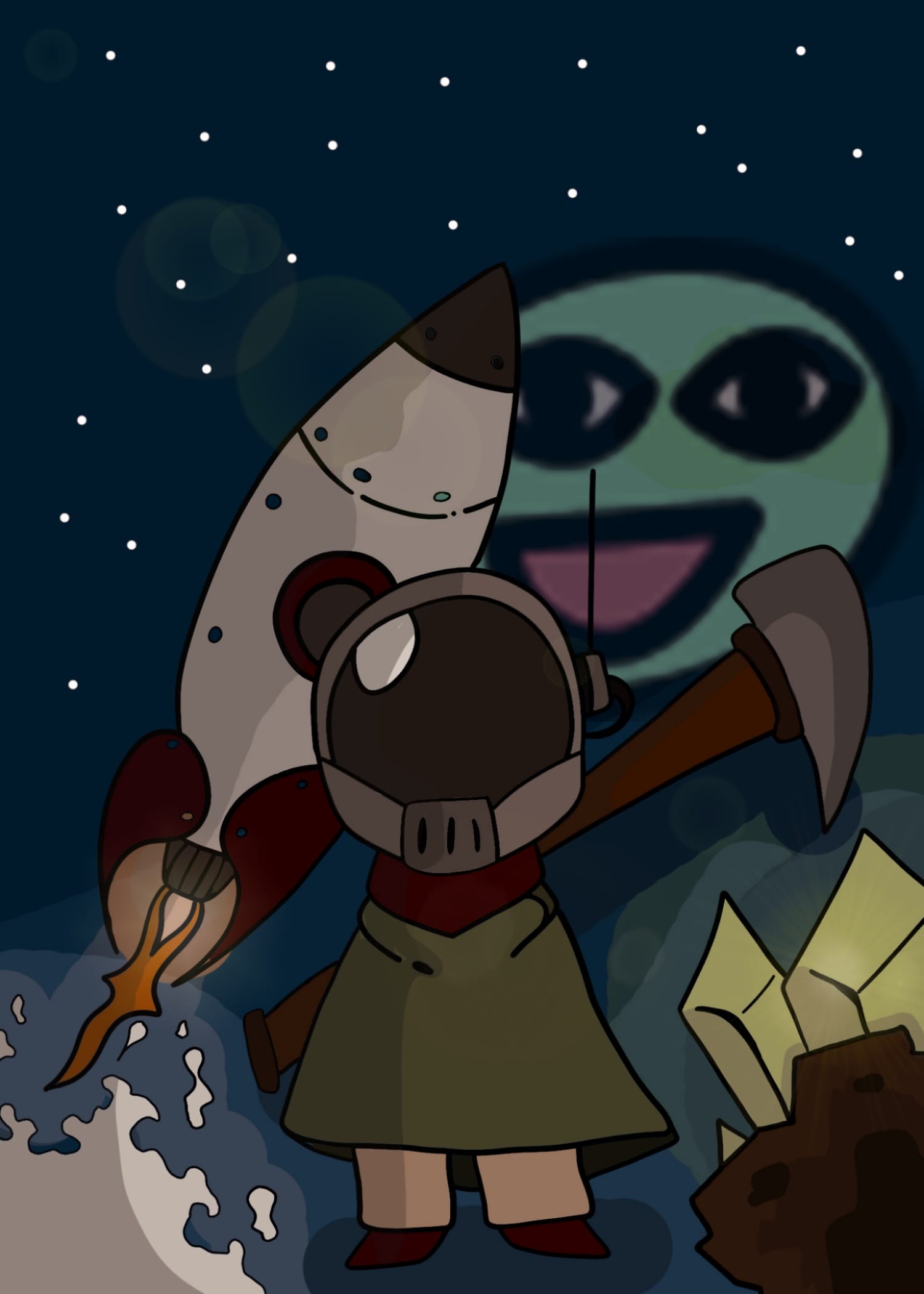 HUGE (Humans United on Galactic Exploration) is offering ANYONE the chance to own their very own planet. Do you have what it takes to turn the planet into a self-sustaining and profitable society? Or will the planet's harsh environment end up being YOUR demise? This story turned heads with its humorous dystopian world-building and intriguing narrative.

Our judge PolyMars praised it, saying “Really cute survival game! I love the creative narrative and was really impressed by the polished intro, well done.”

Most Polished - Putty Putter by sidfish 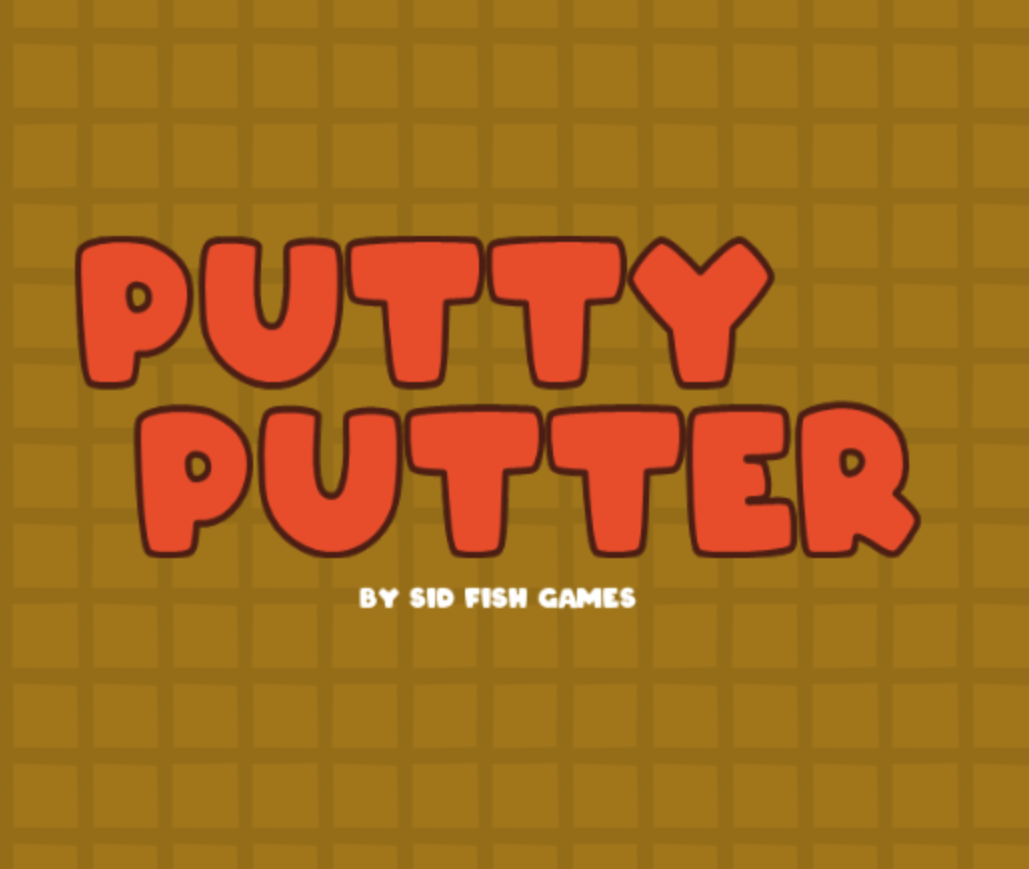 A Sokoban puzzle game with the unique twist of needing to grow bigger and forming different shapes to solve the levels. It brings back memories of flash games like Bloxors and other activities you might find on CoolMathGames.

Our judge TechWithTim responded saying "I love this game! Such a fun and challenging strategy game that involves getting HUGE! Really enjoyed my time playing it and figuring out the different strategies!”

Most Hilarious - MEETING WOOM by tessa 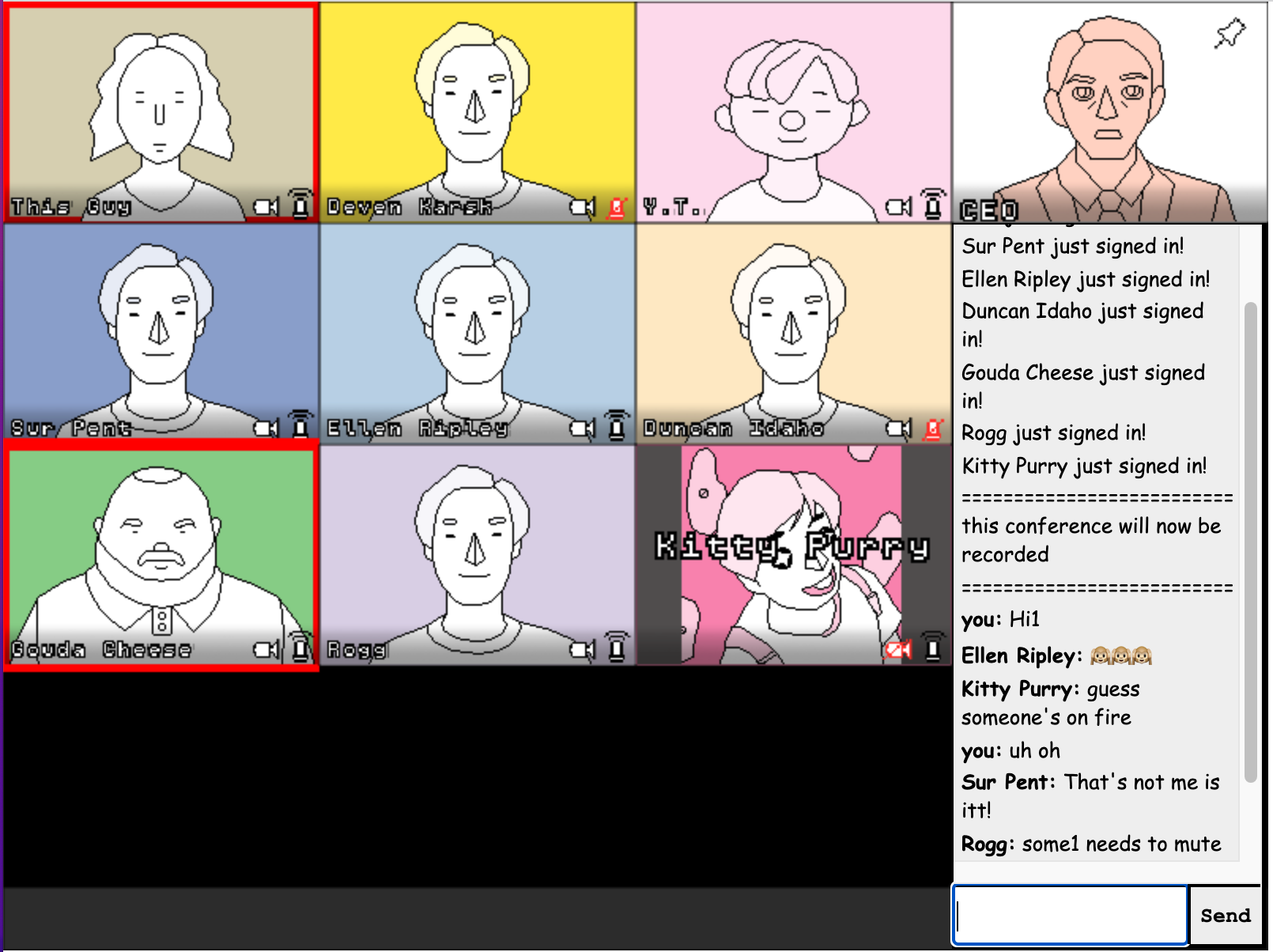 It's your first day on the job as genius CEO Eliot L. Zad's administrative assistant and he needs you to get the company meetings under control right away! At first, this may seem like an easy task, but watch out; the company is growing fast, and you may have a HUGE number of colleagues to keep a totally-not-tattling eye on before you know it! This game is absurd, and that's what makes it so funny!

Our judge Ania gave feedback saying, “This game was hilarious and incredibly unique! All text was entertaining and made me chuckle many times. At times I wasn’t exactly sure if I should be muting someone, but I feel this could be an easy fix and shouldn’t take away from this wonderful concept.” 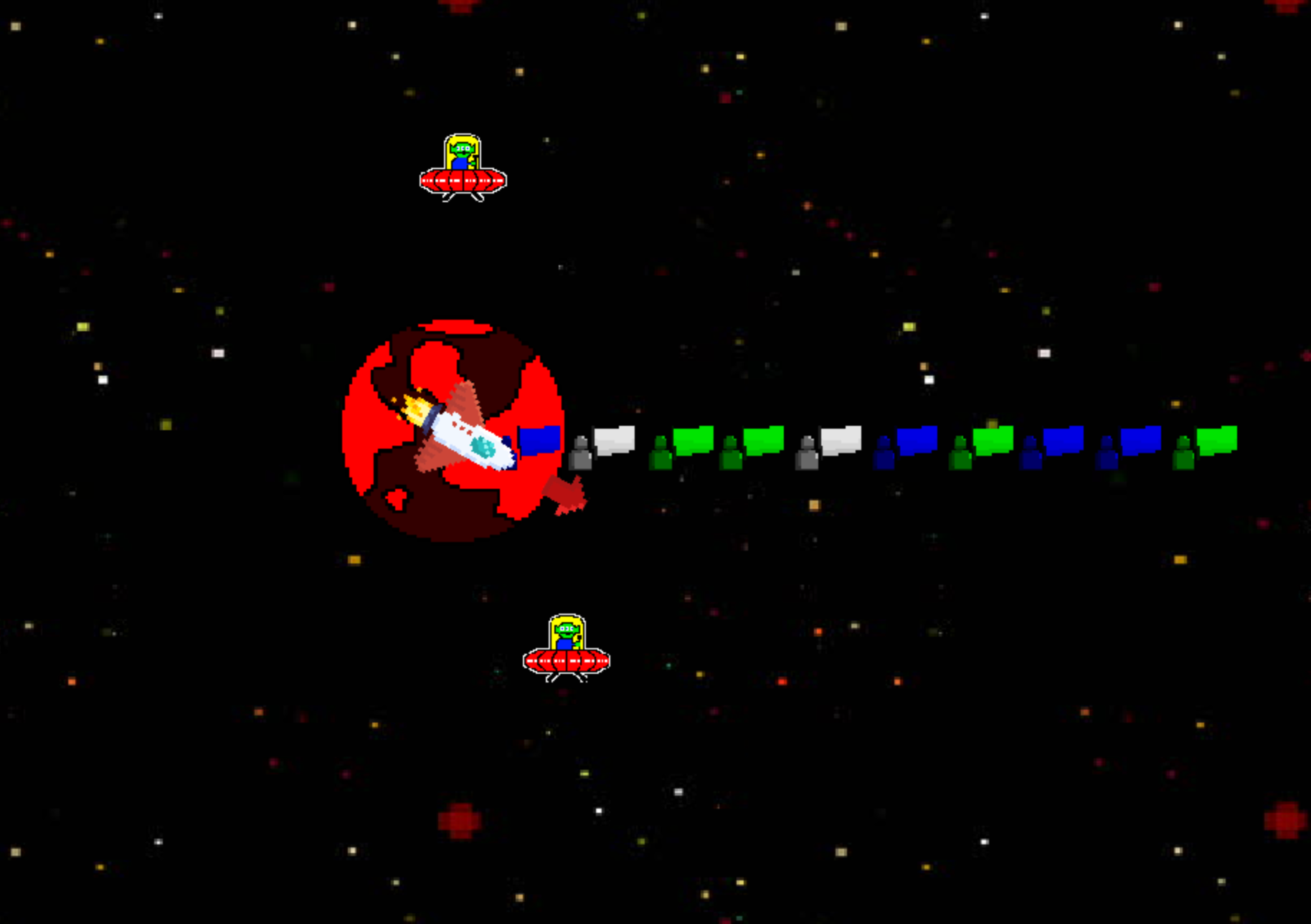 Welcome to Solar Taxicab, the game where you fairy passengers from planet to planet, avoid and shoot aliens, and try and make a huge amount of money. Try to unlock all 4 bonus planets! Make sure you're utilizing the shop and unlock the bonus planets because passengers seeking those planets as their destination will pay far more than normal passengers. In this game you are truly a giant, traveling to planets at light speed in a massive ship.

Judge PolyMars responded saying “Great entry! Incremental games seem like the perfect genre for this theme, and the execution was super unique, with the space exploration and combat aspect keeping me hooked.” Clear rooftops of monsters with your scientifically enhanced body. It's that easy. Right? Become a cyborg ninja in this fun visual masterpiece.

Our judge TechWithTim said “Fun game! Love the 3D and all the obstacles and levels. I found this game very difficult yet still fun. I also loved how many powers and controls the character had because it allowed me to try a ton of different things to try to get past obstacles! I didn’t see anything related to the theme huge but other than that nice game!”

Watch our interview with zekehernandez here! Grand Prize for Most Fun - Heliumphant! by havana24 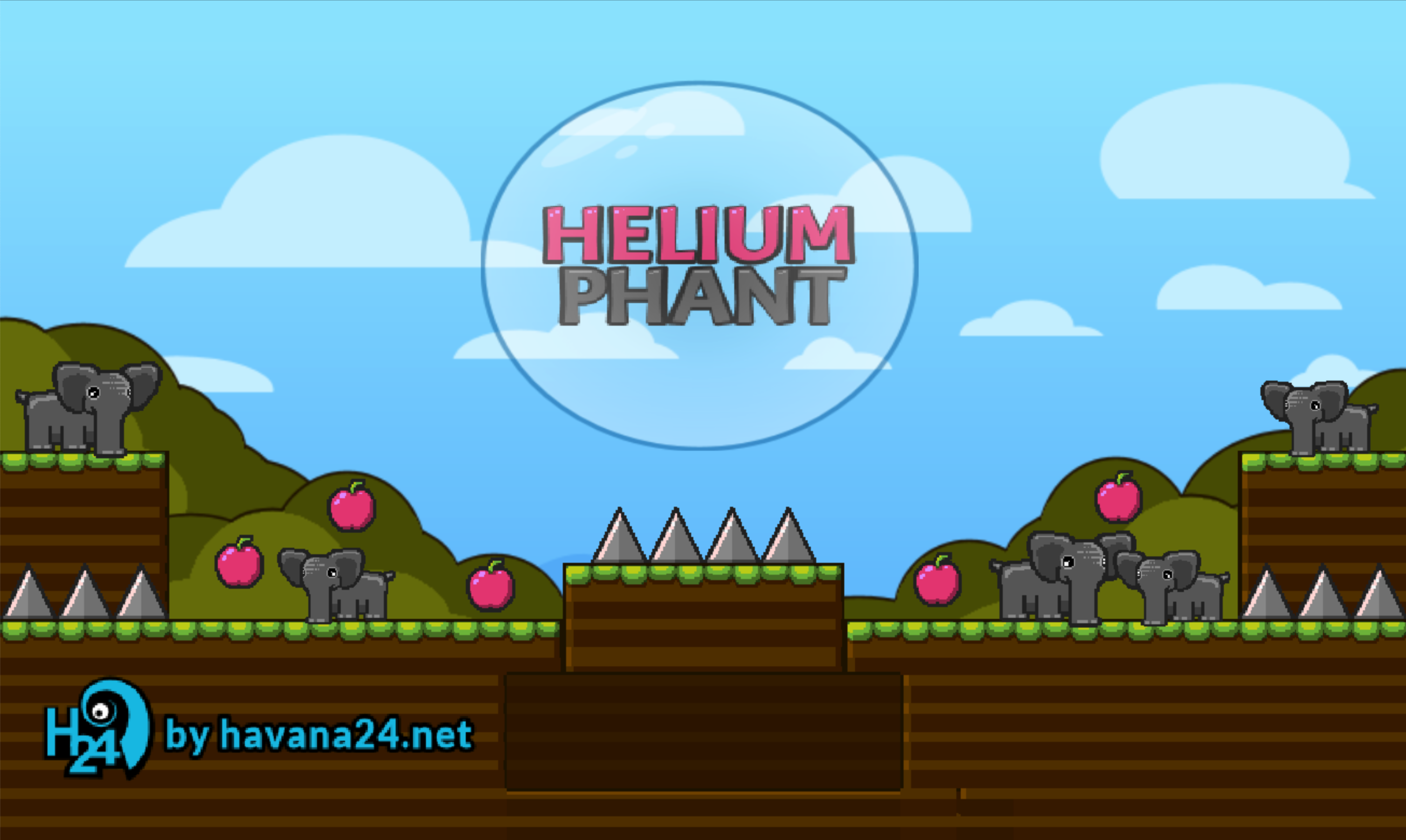 Heliumphant is a puzzle game where you control a tiny elephant that can become HUGE thanks to its helium bubble and the ability to catch anything with its trunk! Catch apples along the way and become huge enough to catch other elephants, then spit 'em out and use them as a slingshot and clear the way. This game is a blast to play and the concept is just amazing.

Our judges had a lot of good things to say: “Awesome mechanics, unique and a cool way to control the character. I love how many levels there are and the gradual increase in difficulty. Also love the different features like shooting apples, pressing levers, etc. The game also fits the theme nicely and is fun to play!”

“Awesome idea that’s executed very well and ties in perfectly with the theme! The puzzle design is very rewarding and compliments the gameplay well! The funny narrative and cute visuals definitely elevate this even further.”

Prefer to catch up on our winners with a video? Catch our announcement stream on YouTube.

Thanks to everyone for participating in the 2021 Kajam game jam. We had so many great submissions, and we can't wait to see you next year!