It is no surprise that the information technology and software industries will continue to grow as an in-demand profession with many pathways that can be pursued. For software development alone, according to the U.S. Bureau of Labor Statistics projects that the job outlook will increase by 22% by 2030.

With as large as the industry is and with the variety of technologies at our disposal for software or web development, it can be a bit overwhelming to get started if you are looking to change your career or stay ahead of the game.

Learn to code with these top technologies that are in-demand right now.

According to Stack Overflow's 2020 Developer Insight Survey, JavaScript is the most commonly used programming language among professional developers. TypeScript, JavaScript's statically-typed cousin, is growing in its demand as well.

With JavaScript's stronghold in popularity, HTML and CSS are still just as popular as ever.

Learn HTML to gain knowledge about how the building blocks of a web page is constructed. Also, take the time to learn CSS tricks that will make your pages standout.

Structured Query Language (SQL) is in use by the majority of professional software developers in some way. Databases based on SQL, including MySQL and PostgreSQL, are just as popular as ever. SQL statements perform actions on our databases to update them in some way.

Knowledge of the underlying language that helps to make these databases operate will prove useful in the tech space. When you learn SQL, you can open yourself up to opportunities as a database administrator, a data scientist, and/or a backend engineer where rates of pay are higher than the typical web developer.

While the underlying language used by the developer when utilizing Node.js is JavaScript, it's a little different in that it's a technology that allows JavaScript to be used everywhere. Backend development becomes an easier transition with Node.js when the frontend developers are using JavaScript as well.

Learn Node by becoming proficient in JavaScript fundamentals and how Hypertext Transfer Protocol (HTTP) works. Being knowledgeable about how the internet works in general will prove very useful in Node Development.

Python is one of the leading programming languages that is in-demand in 2020. It's a language that works really well for data science, machine learning, game development, and web development.

With the growing popularity in machine learning and data science, Python will be around to stay for a while. Learn Python fundamentals to get into more advanced topics that are used in the tech industry with frameworks such as Django and Flask.

React is one of the most popular JavaScript libraries available now. Created by Facebook, it uses a Virtual Document Object Model (DOM) to only render parts of a web page that need to be updated when a user interacts with it.

Learn React if you are really interested in frontend or full-stack web development.

Most popular with companies that are primarily not run in the cloud, Java is the "write once, run anywhere" language. Basically this means that an application that uses Java can be run on any system that supports the Java Virtual Machine (JVM).

Currently, Java is used extensively in mobile development on the Android platform although Kotlin is starting to gain steam due to an ongoing dispute between Oracle and Google that is currently being presented before the U.S. Supreme Court.

Learn Java if you would like to become an Android developer for existing projects or work for companies who have not yet transitioned to the cloud.

Angular is the most in-demand JavaScript framework around at this moment. Companies who have not made the transition to React or who have not opted to use React most likely use Angular if they are involved in any sort of web development.

According to its docs, C# is an "elegant and type-safe object-oriented language that enables developers to build many types of secure and robust applications that run in the .NET ecosystem."

Swift is Apple's update to the aging Objective-C language and is used for iOS development. Swift is highly readable, efficient, and can work for both client-side and server-side development.

If your goal is to work on Apple products, learning Swift should be a priority.

Average salary for a front-end web developer who develops web sites using HTML and CSS range from $54,000 to $90,000 a year.

Typically, the developers who create the logic to make apps functional are paid more. That means that Node, Python, and Java developers will typically be paid a little more than someone who creates a frontend using HTML and CSS. Adding a JavaScript framework or library to your job description adds a bit to your salary as well.

Technology is ever changing. Keep up with the local trends by checking out what is going on in your local developer community. This will keep you in the loop with any sort of evolving trends.

There is no one right way to advance your career, but every technology mentioned here will help you on your journey. 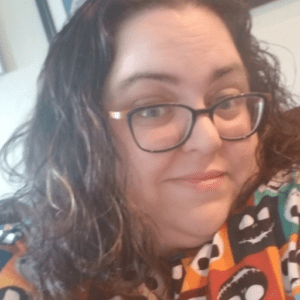 Christina Kopecky is a technical writer for Career Karma. She writes blogs and tutorials on web development and computer science.